A suitcase, a toolbox, and five hundred bucks. That is where it all began for Steve Allen, owner of Tallen Builders, LLC.

It was 1982, with nothing but the aforementioned above to his name, Steve chose to make a move that would alter the course of his life and subsequent career. Without knowing a soul, Steve chose Ocala as the city he’d come to call “home.” He was eighteen years old and the world was his oyster. Steve was ready to lay the foundations of his career in carpentry. But it didn’t happen overnight. It happened because of the blood and sweat of hard work and a commitment to excellence. And for 35 years, that has been the heartbeat behind Steve Allen and his team at Tallen Builders.

Growing up as a paper-boy in a town on the outskirts of Boston, a strong work ethic was instilled in Steve at a young age, as he and his six siblings were raised to not only embrace hard work but to enjoy it. Delivering newspapers helped to teach him the importance of tracking and handling money and being held accountable in his work without taking shortcuts or cutting corners. Integrity was just as, if not more important, than the work itself. This speaks to the business man and community leader Steve is today, never begrudging long hours at the office or on site with his committed team.

Graduating after four years of extensive, hands-on education from a vocational technical high school in Massachusetts, Steve had never ventured outside of New England before his move to Florida. The choice to relocate with little to nothing to his name was as challenging as one can imagine for a teenager. But for Steve, challenges have always been welcomed. And without them, he and his team wouldn’t be where they are today.

Choosing to check out Central Florida, Steve parted ways with his Northern roots to chase after a dream in the sunshine state. What follows is a story marked by passion and persistence, which is reflected by the work he and his team have done and continue to do here in horse country and beyond.

There were obstacles to overcome as he sought his way in building his business: obstacles which would soon become the stepping stones that helped him successfully establish Tallen Builders, LLC in 2005, alongside Terry Talbot, his business partner at the time. Together, Steve and Terry came up with the company name “Tallen Builders,” a merging of their last names. In a tragic turn of events, Terry sadly passed away from a rare disease in 2009. Steve kept their company name in her honor as he pioneered forward after her passing. He has never looked back.

Whether building a customized luxury home, an equine facility, or commercial project, Steve believe that it is not his job to spend his client’s money for them. He understands it is their right to call the shots and make the detailed decisions they invest in. This is among one of the qualities that differentiates Tallen Builders in the industry. It’s not about just giving clients what they pay for, it is about going above and beyond to make the experience one that is as exciting as the end result. Considering the rapidly changing times and competitive growth within the field, this speaks volumes about what Tallen Builders represents.

For thirty-five years Steve has remained loyal to his business with no interest in moving outside of the name he has build for himself and his team. With only one job prior as a contractor, his loyalty to Tallen has never wavered.

It is Steve’s passion that propels him to play an active role in all projects, never more than a phone call away if questions or concerns arise. Client satisfaction and pride in their high-end investments remains chief among priorities at Tallen. And because of this, clients will never have to worry about empty water bottles or leftover materials and trash being tossed and left on site after hours in the process of a build. Rather, they can rest easy knowing that the company’s standards of perfection go above and beyond the end product. Excellence in details has never been compromised in Steve’s 35 years in the industry. And they never will be.

For Tallen Builder’s, every detail behind their labor is upheld by the backbone of their unwavering commitment to the principles of integrity and immaculacy, off which Steve has consistently aligned himself.

Such principles can be seen stunningly reflected in their online portfolio which showcases an opulent array of work in around areas such The Villages retirement community, Golden Ocala Golf and Equestrian Club, and the sprawling residential areas surrounding.

Tallen Builders maintains steadfast commitment to the ethics of honesty, integrity, and quality, whether on site or in the office. And that is because of the understanding that the fulfillment of client’s needs reaches far beyond simply completing a job. It’s about exceeding expectations in both interpersonal interactions and the project itself. This is what Steve has prided himself upon since making the decision to pack up his suitcase and toolbox, with little to his name, and construct his dream from the ground up here in Central Florida.

When not on site or in the office, Steve enjoys taking in the coastal waters of the ocean, white water rafting, and the excitement of sports such as golf and hockey. And of course, the comfort of his family.

You can check out some of the way in which he and his team have given back to the community by scrolling down. 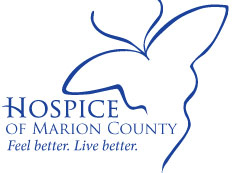